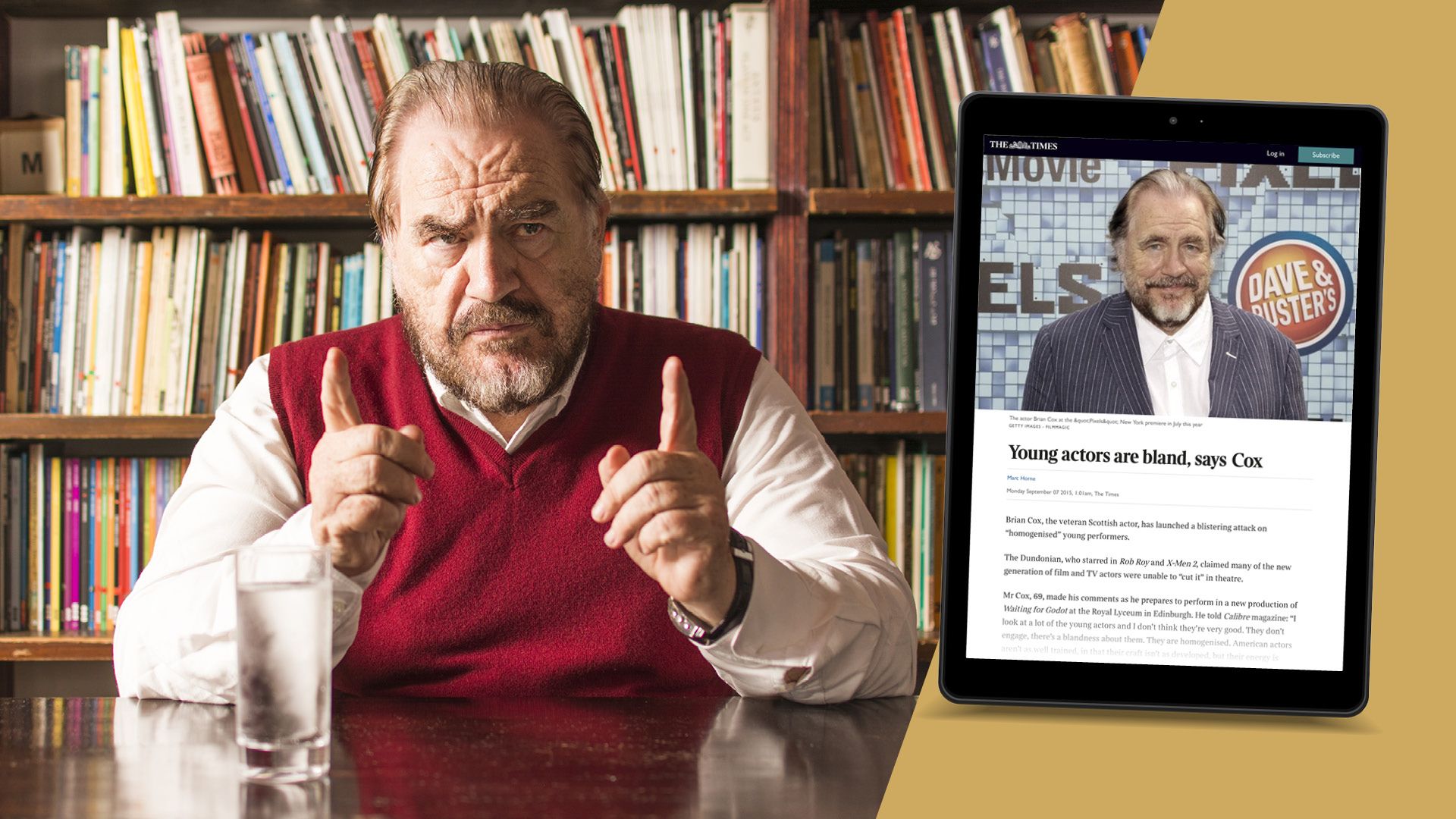 The Times newspaper has again featured comments from CALIBRE’s stable of exclusive interviews – this time with Scottish actor, Brian Cox – proving the growing influence and reach of the brand’s editorial content

The Times covered comments from the latest coverstar interview in a diary piece on Cox, directly quoting the insightful article: “Young actors today aren’t interested in learning about the roots of their industry, says Brian Cox (the thesp, not the physicist).”

“Some might not even know who [Laurence] Olivier is,” he tells CALIBRE magazine. Cox owes a lot to Olivier. As a young actor in Edinburgh he secured an audition with him in London. Just before leaving for the airport, he got a note saying that Olivier needed to postpone it. Cox was annoyed until he opened his paper the next day and read: Edinburgh flight crashes, all aboard killed. “Olivier saved my life,” Cox reflects. “When I eventually got to meet him, I went down by train.”

Following on from The Times’ coverage of our Michel Roux Jnr interview, this consistent attention from the national press is testament to the quality, depth and synergy CALIBRE Quarterly has with its coverstars and consumer demographic – showcasing the desire of mature modern men for discerning, quality content catering to their tastes and interests.

To read the full interview with Brian Cox, look no further than the latest issue of CALIBRE Quarterly, on sale now!