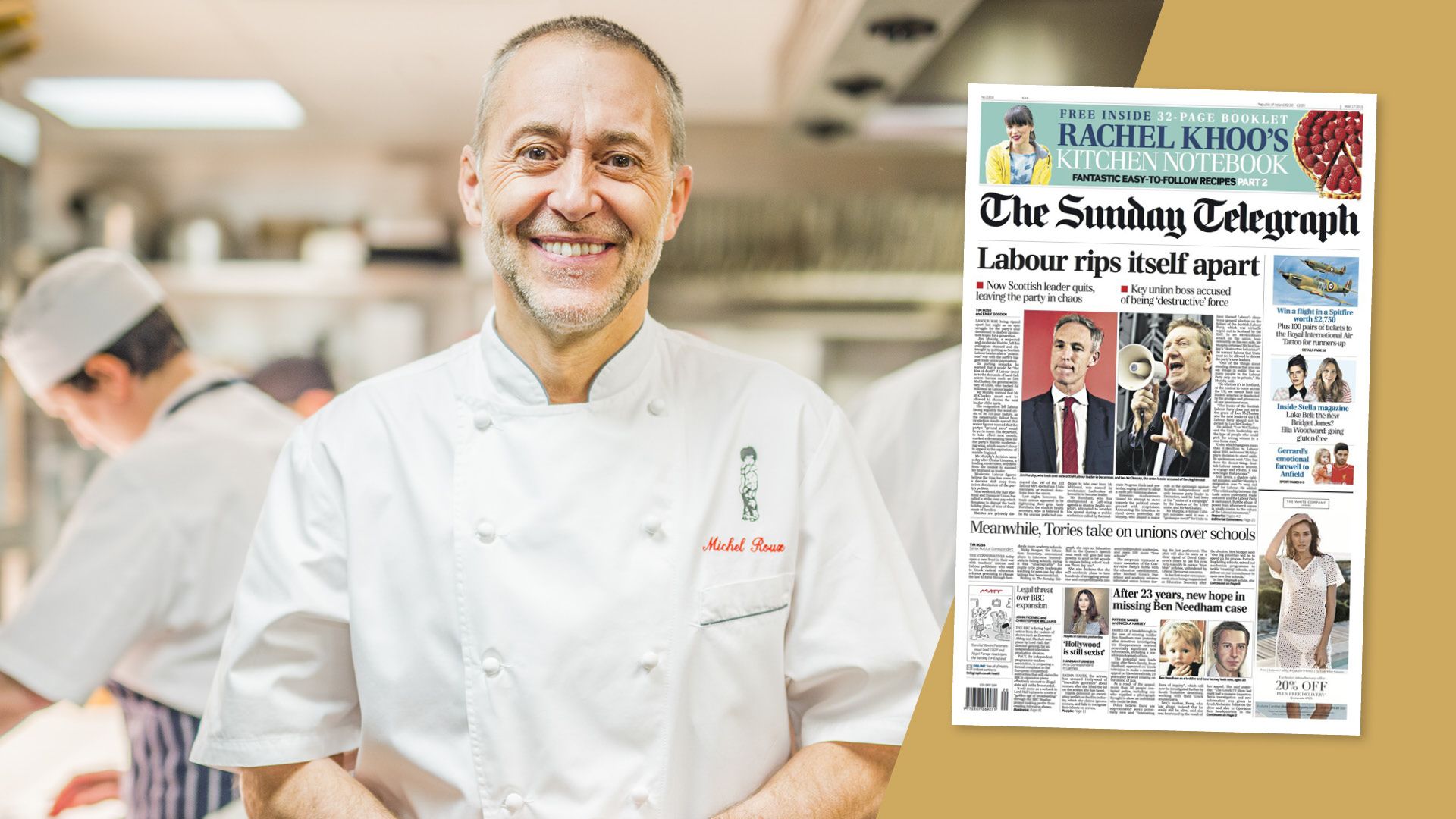 The Sunday Telegraph has also capitalised on our revealing interview with Michel Roux Jnr. by featuring comments from the chef on the idea of a female-led kitchen

This further coverage of issue five of CALIBRE Quarterly demonstrates how CALIBRE’s influential and newsworthy editorial content continues to bolster its position among consumers and the wider press alike: “Restaurant kitchens still have a reputation as macho, high testosterone environments, but it’s not the case at the Michelin-starred Le Gavroche,” restaurateur Michel Roux Jnr. tells CALIBRE Magazine.

“My kitchen, for example, has head chef Rachel (Humphrey), sous chefs Monica (Galetti) and Renee (Miller), so three women in charge of the kitchen. It’s fantastic, and that’s the way it should be. We have more than a third of the kitchen team who are female. They are as good – if not better – than the boys,” said The Sunday Telegraph in its People column.

Taken in conjunction with coverage from The Times and coverage from The Guardian on our last cover star, Andrew Neil, the buzz around CALIBRE is growing with every issue. This consistent attention from the national press is testament to the quality, depth and synergy CALIBRE Quarterly has with its coverstars and consumer demographic – showcasing the desire of mature modern men for discerning, quality content catering to their tastes and interests.

To read the full interview with Michel Roux Jnr. look no further than issue five of CALIBRE Quarterly on sale now.