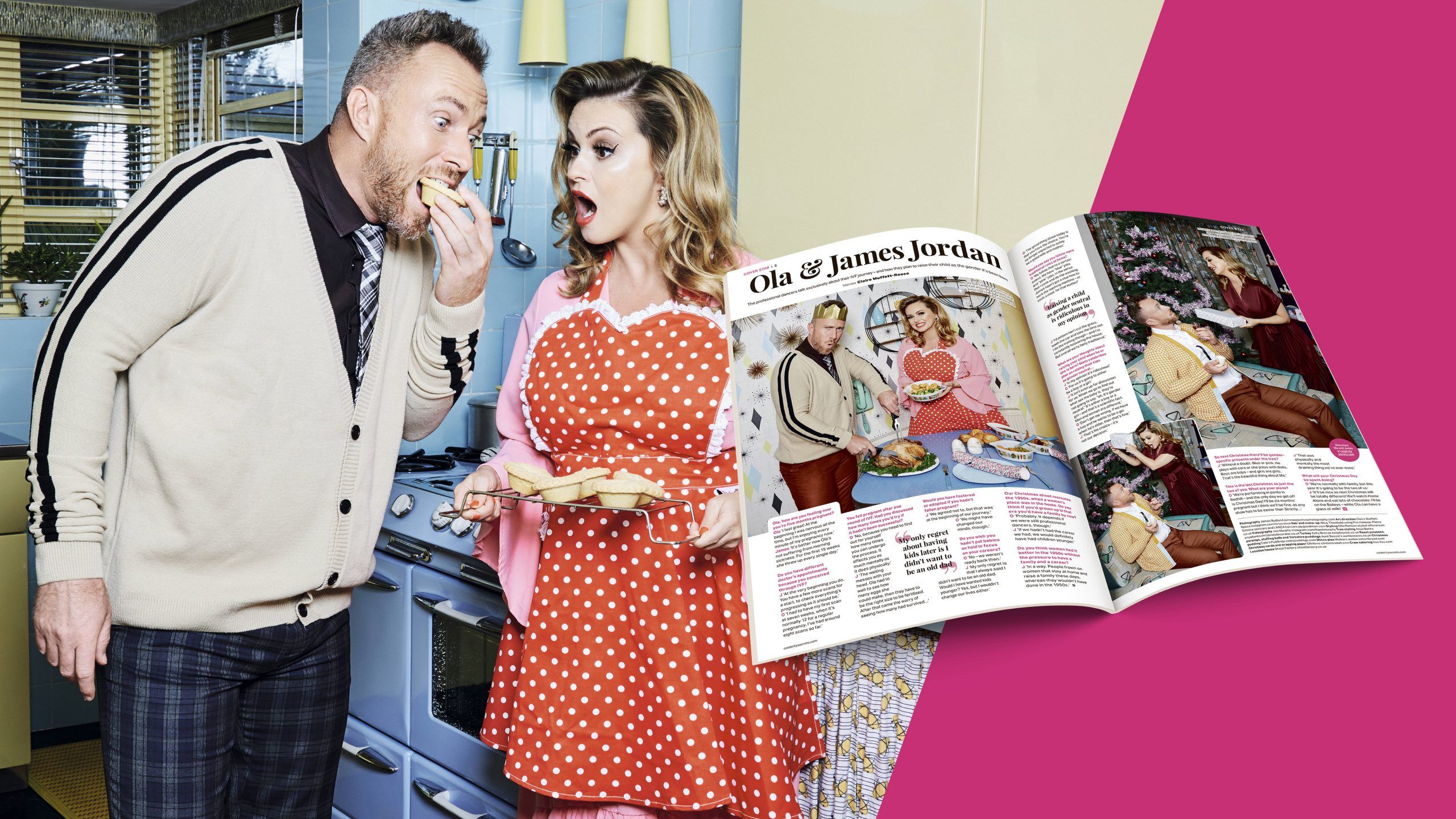 There will be gender-specific gifts under the tree at Christmas

Strictly Come Dancing’s Ola & James Jordan – who have appeared on over eight seasons of the hit BBC show – have spoken exclusively to Celebrity Secrets Magazine about their parenting intentions following the birth of their first child. For them, the idea of raising their child gender neutral “isn’t even up for discussion”. James says, “In my opinion it’s ridiculous!” Ola says, “For us, it’s going to be either a boy or a girl.”

The couple are at pains to explain their reasoning in the full interview which will be published in Celebrity Secrets Magazine and distributed in OK! Magazine bumper packs on Tuesday 19th November 2019. “When we go to find out what sex the baby is, they’re not going to say, ‘Oh, it’s gender neutral.’ It’s either a boy or a girl – and that’s a scientific fact. Men and women are different,” says James. Ola clarifies,  “Don’t get me wrong, if we have a boy and he wants to be a girl when he’s older, then that’s fine,” and James agrees, “That’s his choice – it’s not our decision.”

Unless that happens, the couple intend to have blue for a boy and pink for a girl – which they feel meets their “fairly traditional” approach to home life.

Ola says, “We have ‘blue’ jobs and ‘pink’ jobs, in the sense that I cook and do the washing. James hasn’t got a clue how to work the washing machine.” James said, “I cut the grass, wash the car and take the bins out. I do the ironing though – and I’m constantly hoovering the house.”

Hence once their newborn arrives, the couple expect Santa to leave gender-specific presents under the tree. “He plays with cars or she plays with dolls. Boys are boys – and girls are girls. That’s the beautiful thing about life,” says James.

The couple also give Celebrity Secrets’ readers insight into their IVF journey and explain how Strictly Come Dancing “was physically and mentally the most draining thing” they’ve ever done.

For any further editorial information, images or interviews, please contact brian@hurstmediacompany.co.uk or telephone 07904414889