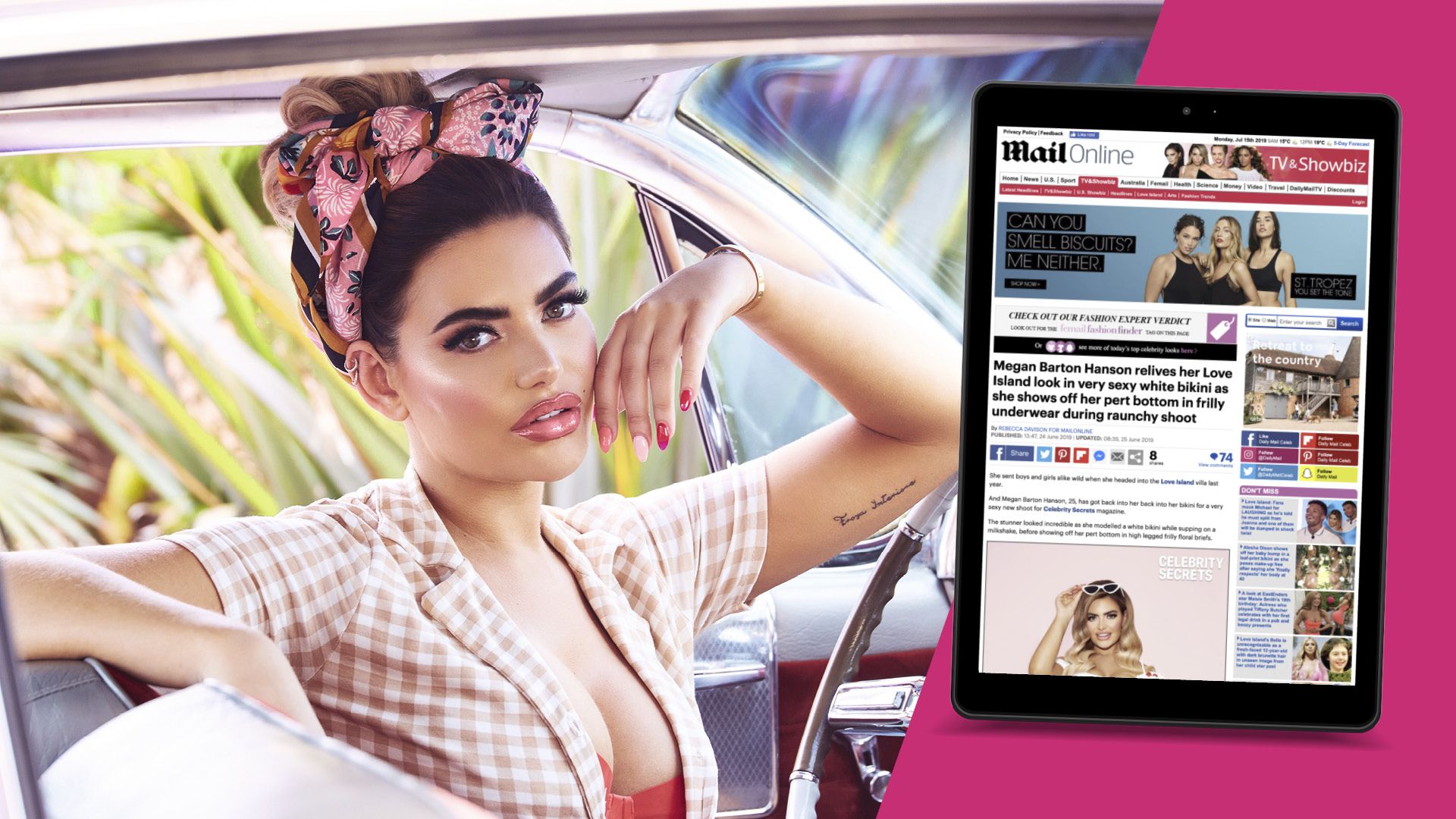 Megan Barton-Hanson’s exclusive photoshoot and interview for Celebrity Secrets’ Summer issue was featured in national papers including the Daily Mail, Huffington Post, Metro, and The Independent.

The magazine’s latest cover star praised Love Island in Celebrity Secrets while discussing the level of aftercare provided by the show, comparing it to a ‘rehab retreat’, Megan said: ‘They really looked after us in terms of our mental health’, adding that ITV took over her therapist bills before the show and made particular efforts to be in touch during ‘times of significant life events’ including her split from Wes Nelson.

Megan has opened up about her struggle with mental health and believes more needs to be done when it comes to tackling online abuse. She also called for Love Island producers to ‘make contestants more aware of the editing process’.