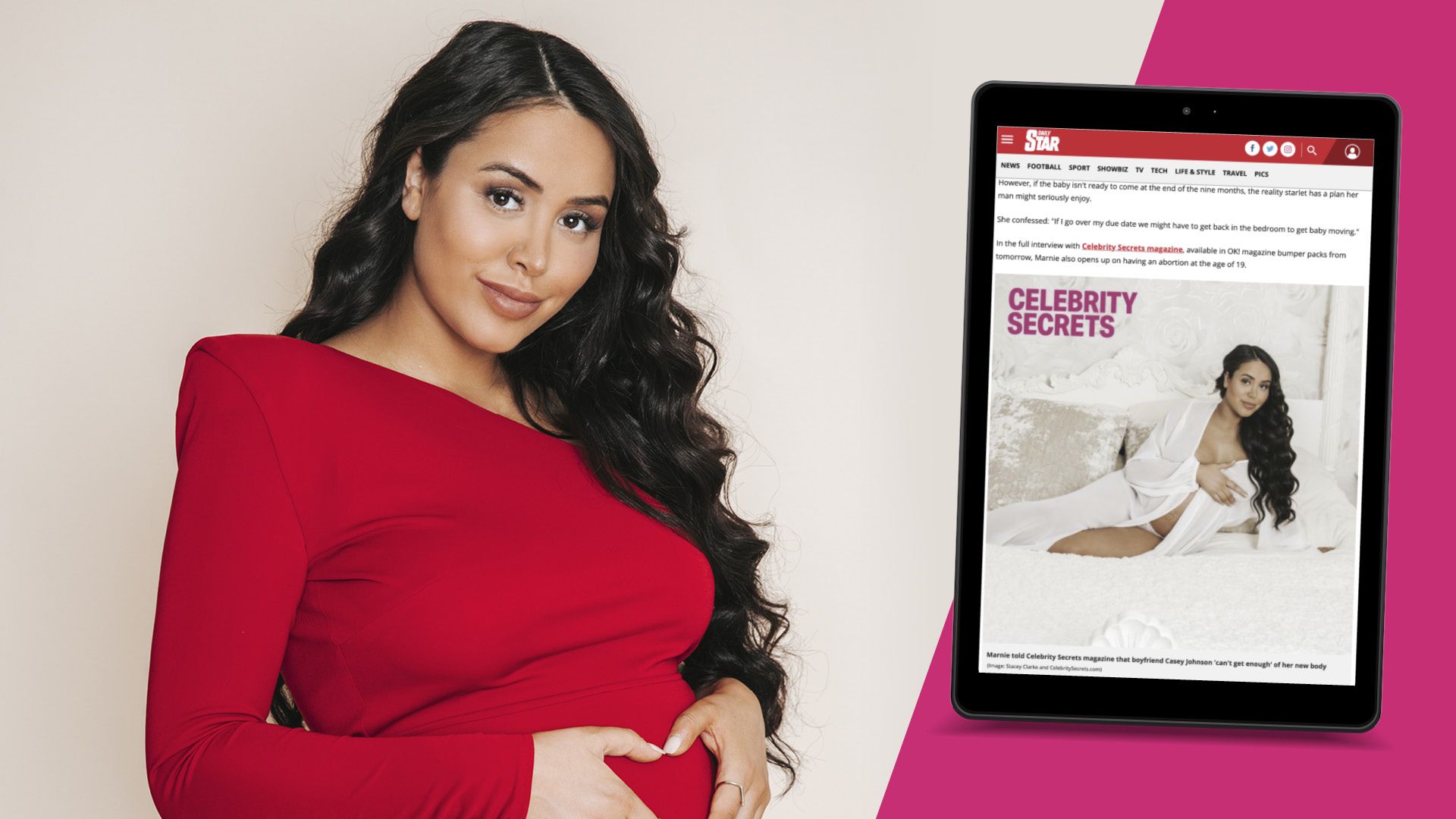 Marnie Simpson’s exclusive photoshoot and interview for Celebrity Secrets’ Autumn issue was featured in national papers including the Daily Mail, Chronical Live and the Daily Star.

The magazine’s latest cover star confesses of her reduced libido since getting pregnant, admitting her growing figure is actually a turn-on for boyfriend Casey Johnson. In the full interview, Marnie also opens up on having an abortion at the age of 19.