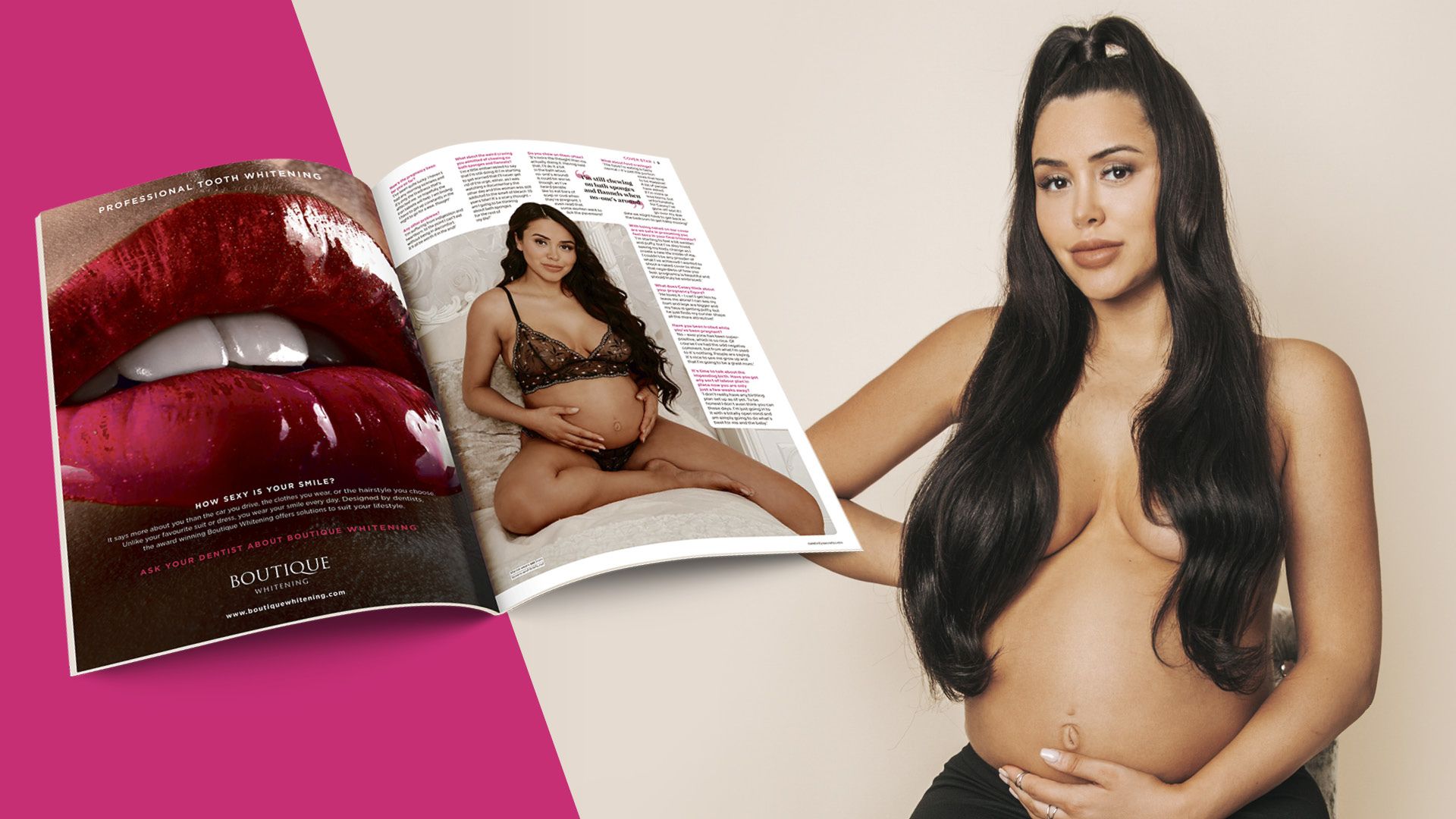 But A Turn-Off For Her

Demi Moore’s iconic pregnant photoshoot has inspired Geordie Shore’s Marnie Simpson to grace the next front cover of Celebrity Secrets magazine – and select images are being put on Instagram.

Her interview during the exclusive photoshoot for Celebrity Secrets  magazine, to be distributed in OK!  Magazine bumper packs on Tuesday (17th September 2019), reveals that her pregnancy figure makes her X Factor boyfriend Casey Johnson frisky – but she’s just not fussed.

“He loves it – I can’t get him to leave me alone!” she tells Celebrity Secrets’ editor Claire Muffett–Reece. “He just finds my curvier shape all the more attractive!” But – much to her X Factor boyfriend’s disappointment – Marnie says “I’ve gone off sex!”

“Some mothers-to-be can have an increased libido, others no change at all, and some a reduced sex drive, as in Marnie’s case. It’s perfectly normal, and nothing for either her or Casey to worry about. A reduced libido can be due to the hormonal changes associated with pregnancy. They can also be due to the mental and emotional experience of pregnancy,” said Celebrity Secrets’ editor, Claire Muffett–Reece.

Yet if the baby isn’t born by the end of nine months, Casey may find his services are finally required. “If I go over my due date we might have to get back in the bedroom to get baby moving!”

In the interview, Marnie also talks about the reasons she had an abortion aged 19 and how she will approach being a working mother.

For any further editorial information, images or interviews, please contact brian@hurstmediacompany.co.uk or telephone 07904414889.