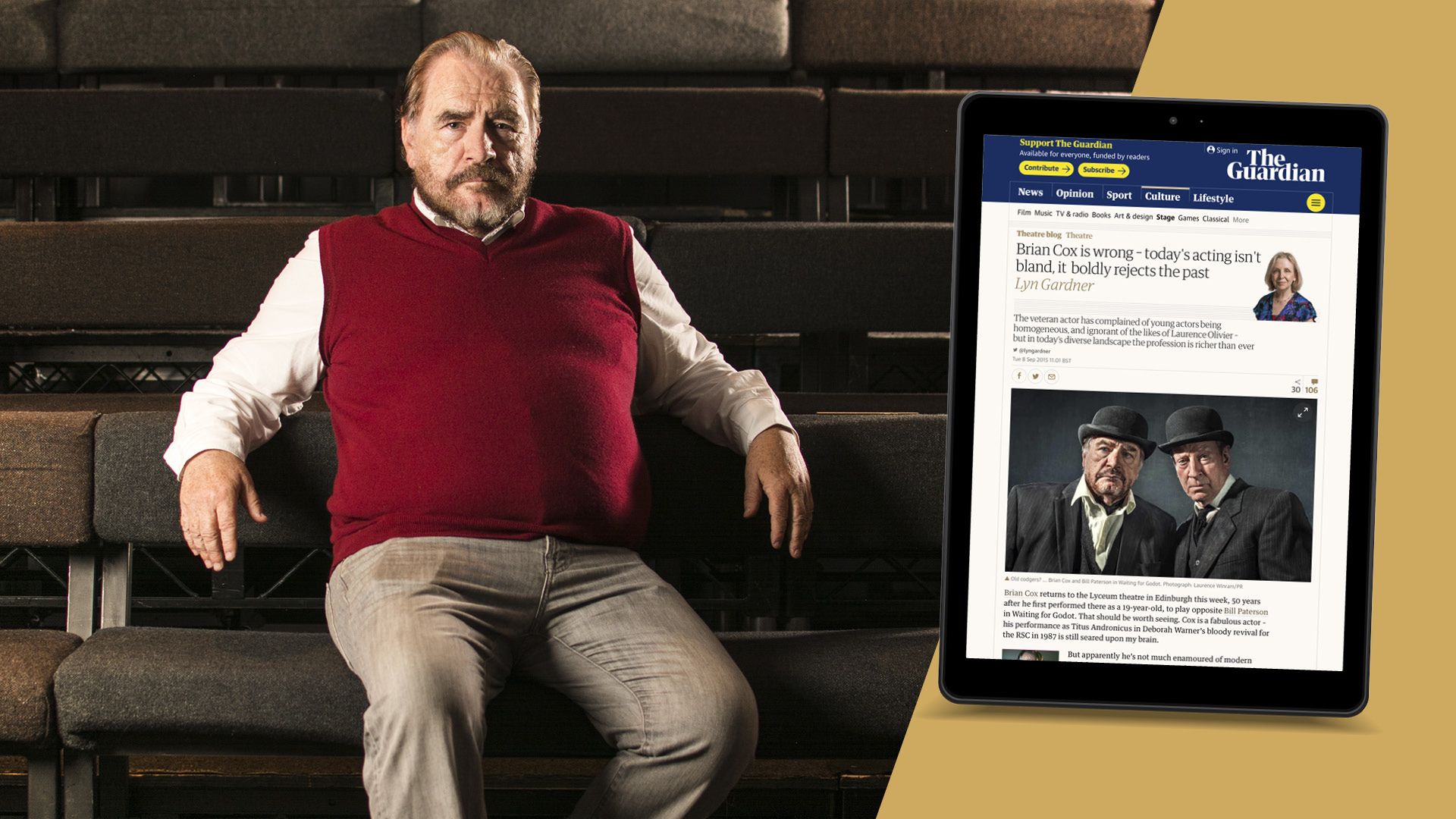 This further coverage of issue six of CALIBRE Quarterly demonstrates how CALIBRE’s influential and newsworthy editorial content continues to bolster its position among consumers and the wider press alike.

She goes on to further cover CALIBRE’s insightful interview, disagreeing with the veteran Scottish actor on several points: “For Cox (born in 1946), Olivier would, of course, have been a point of reference, but a younger generation of actors will have grown up in a very different world and have a different set of references.”

Taken in conjunction with frequent coverage from the national press, the buzz around CALIBRE is certainly growing with every issue. This consistent attention from the nationals is testament to the quality, depth and synergy CALIBREQuarterly has with its coverstars and consumer demographic – showcasing the desire of mature modern men for discerning, quality content catering to their tastes and interests.

To read the full and frank interview with Brian Cox, look no further than issue six of CALIBRE Quarterly on sale now.