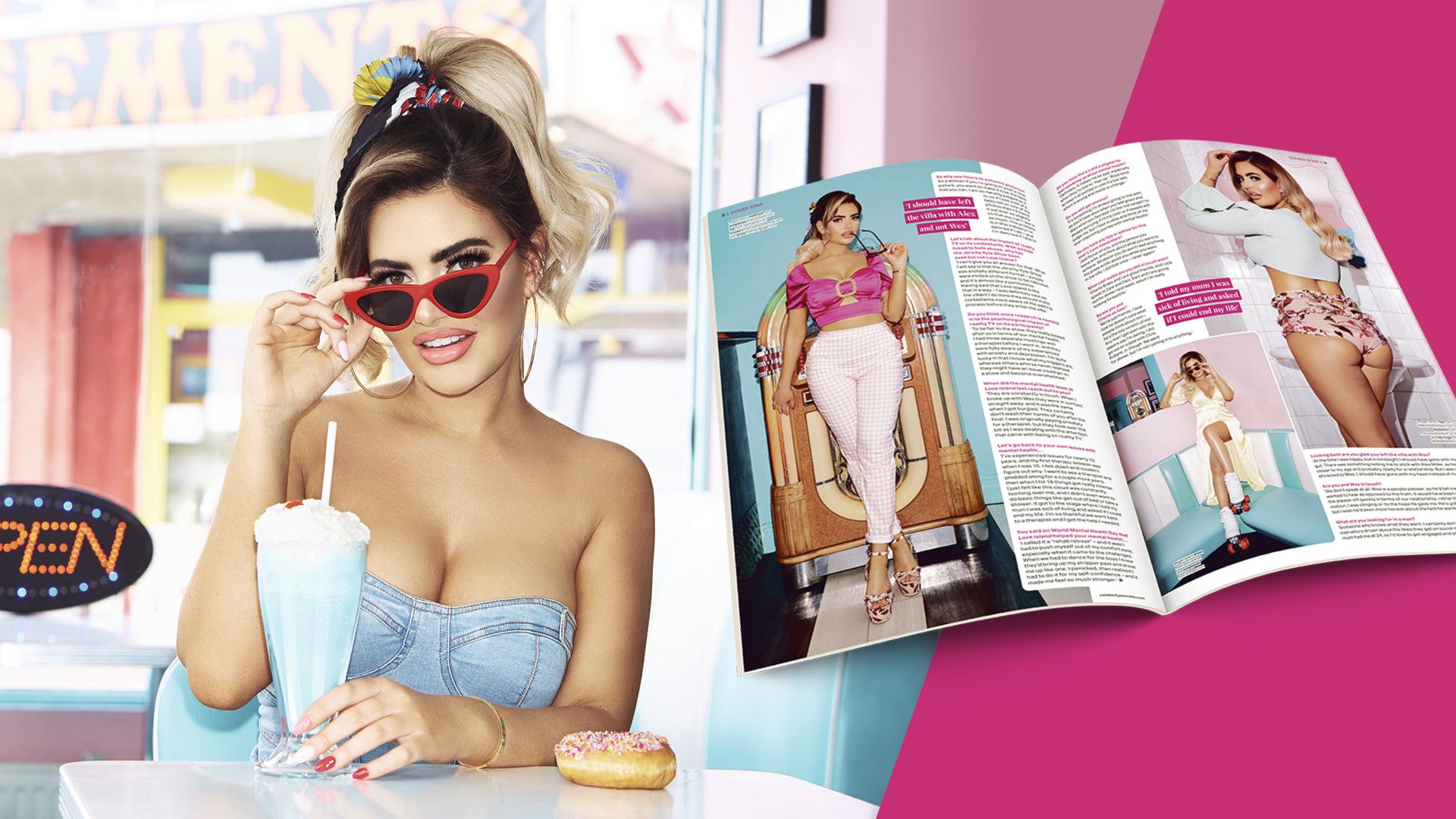 Dr Alex George: social media companies’ action on trolling is “too slow and not enough”

“Shock”, “fear”, “anxiety” and a need to “toughen up”: just some of the mental and emotional repercussions that Dr Alex George and Megan Barton-Hanson say are consequences of their Love Island fame in the upcoming issue of Celebrity Secrets magazine, distributed in OK! magazine bumper packs on Tuesday 25th June 2019.

Both report positive experiences of mental health support from ITV and the Love Island production team. In separate Celebrity Secrets interviews, Dr Alex says, “ITV have been very supportive, with counselling for as long as I need,” and Megan even refers to it as a “rehab retreat”. “They really looked after us in terms of our mental health,” she explains. ITV laid on sessions with a therapist before the show and took over her private therapist bills; the producers are “constantly in touch” and they make particular efforts at times of significant life events, such as when she was burgled and when she broke up with Wes Nelson.

ITV introduced several new duty of care processes and enhanced psychological support ahead of this season’s show following the tragic deaths of former Love Island contestants, Mike Thalassitis and Sophie Gradon, as well as Aaron Armstrong, Sophie’s boyfriend who had no connection to the show. Each took their own lives.

Nevertheless, in their respective Celebrity Secrets interviews, both Megan and Dr Alex recommend key additional changes to care for the well-being of reality TV stars. “It’s a shock when you’re thrust into reality TV. I’m more anxious than I was,” says Dr Alex. Megan says the “judgment and constant criticism” has forced her “to toughen up a lot since leaving Love Island.”

Dr Alex George says, “The impact of trolling should not be under-appreciated. Reporting should result in action – and not just an automated response which essentially says, ‘Sorry we aren’t going to do anything about it.’ Improvements are being made, however it’s too slow and not enough.”

Megan Barton-Hanson is calling for greater use of filtering and blocking technologies to combat online abuse: “It would be great if they had filters to prevent people from abusing someone on their comments or via their DMs [direct messages]. The person that posted it should also be blocked as a consequence of their actions.”

The Love Islanders are also using their Celebrity Secrets interviews to share their constructive approaches to dealing with negative thoughts, as well as their advice for current and future contestants. In particular, both emphasise the importance of knowing and recognising the “triggers” for negative thoughts, and then taking positive actions to maintain mental health.

Editor of Celebrity Secrets, Claire Muffett-Reece said, “Celebrities are real people too and must be treated with the respect that real people deserve. Some of their life experiences are just the same as yours and mine. When celebrities share their advice and recommendations with Celebrity Secrets magazine, they can be confident that they’re helping our readers. The Dr Alex George and Megan Barton-Hanson interviews that will be published in Celebrity Secrets on June 25th show us that whoever you are – whether you’re a celebrity or not – you need to maintain your mental health. If you are feeling low, there are organisations and people that can help. Whatever you’re going through, you can call Samaritans free any time on 116 123 (this number will not appear on your phone bill), email jo@samaritans.org or you can find details of your nearest branch at www.samaritans.org.”

A high resolution cover image is at here: https://five874multi.wpengine.com/hurstmedia/wp-content/uploads/sites/55/2019/06/CelebritySecrets-Summer-Cover-RGB1.jpg

For any further editorial information, images or interviews, please contact brian@hurstmediacompany.co.uk or telephone 07904414889.