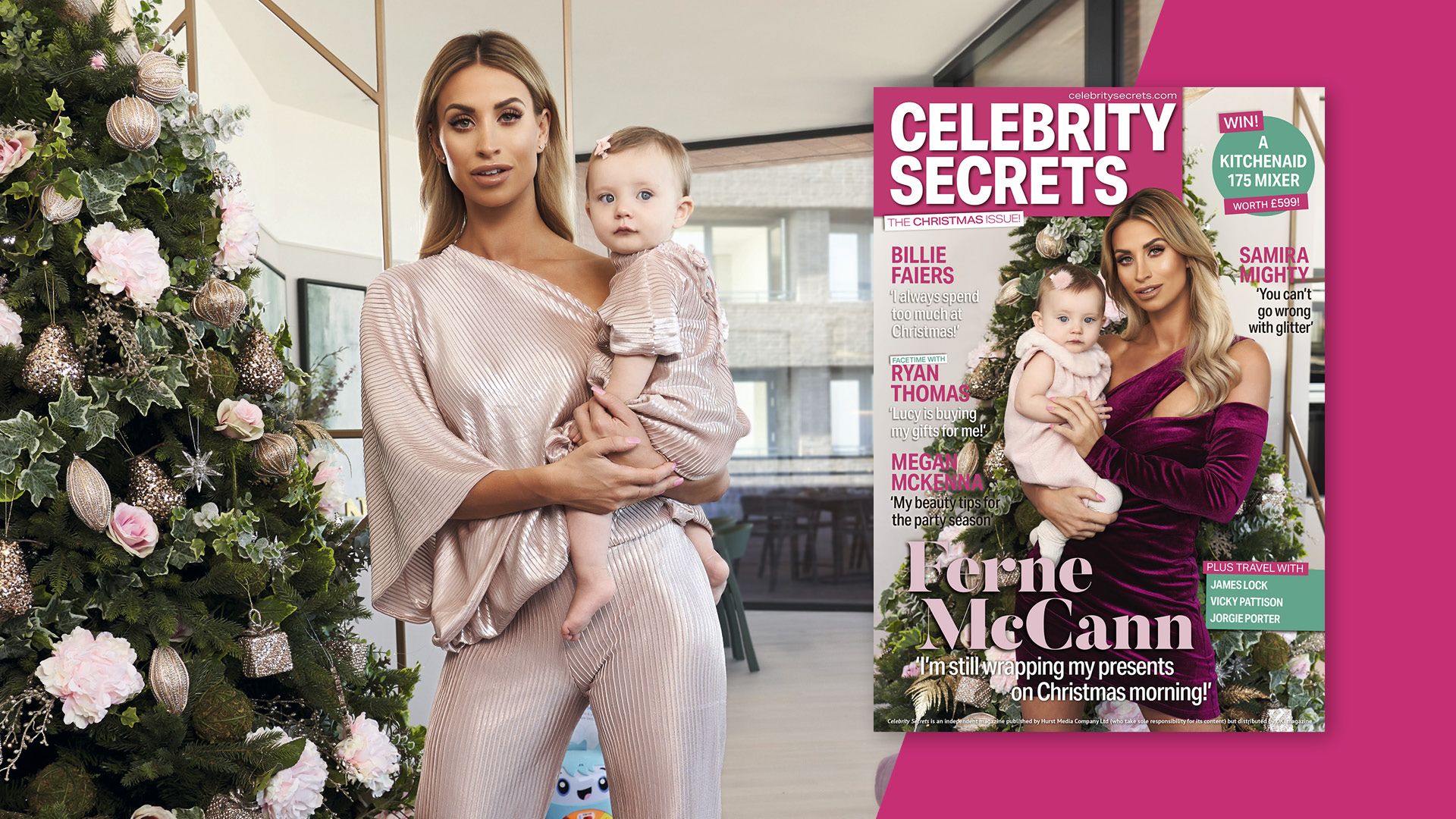 The Christmas issue of Celebrity Secrets is distributed in OK! magazine bumper packs and features an exclusive interview with the former TOWIE star-turned-businesswoman, Ferne McCann. This high-quality, oversized A4 publication is distributed nationwide in all OK! magazine bumper packs, with a print run of 150,000 copies. There is also an online version of this issue which can be viewed by clicking here.

Speaking to us at our exclusive cover shoot held at The Anthology Hoxton Press in London, the single mum talks openly about how breastfeeding has changed her body, and that she’s in two minds about whether to get a boob job or not. The reality TV star also shares her love of all things festive, and looks ahead to her daughter Sunday’s second Christmas.

Also inside the issue, we catch up with CBB winner Ryan Thomas who tells us that his girlfriend Lucy [Mecklenburgh] is going to be doing all of his Christmas shopping, and Love Island’s Samira Mighty is also on hand to give us a few winter fashion tips, from sequins and glitter to velour matching tracksuits.

That’s not all. We sit down with Megan McKenna, who shares her beauty secrets and reveals how to look Christmas party-ready. We also speak to reality TV queen Vicky Pattison, Georgie Shore duo Sophie Kasaei and Chloe Ferry, TOWIE’s James Lock and soap star Jorgie Porter, to find out where they recommend visiting for a Christmas or New Year break.

But our Christmas issue wouldn’t be complete without chatting to mum of two, Billie Faiers, who reveals how excited she is for the festive season, as well as a gift guide for him, for her and for the kids. Angellica Bell also shares her money-saving hacks, the former Steps star Lee Latchford Evans talks panto season, and we give away a KitchenAid 175 mixer just in time for your festive bakes, worth £599!