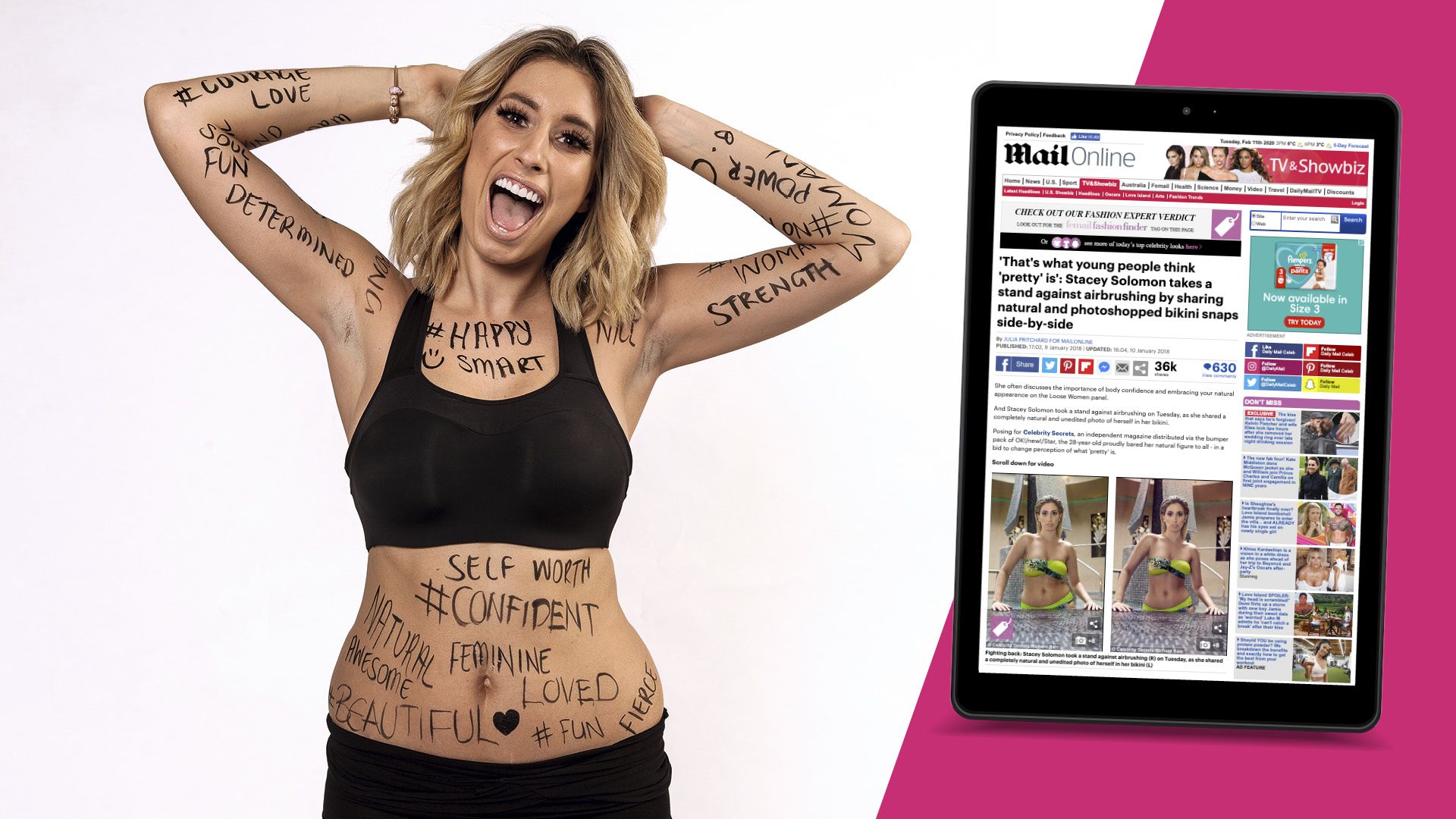 Our latest cover star, Stacey Solomon, caused a stir in the national press this week by taking a stand against airbrushing and Photoshop in her exclusive interview and photoshoot with Celebrity Secrets.

Multiple national press sources, including The Sun, Daily Mail and Daily Mirror, all ran the story which showed side-by-side images of Stacey posing in a bikini in the pool before and after it had been photoshopped.

In our interview, Stacey spoke to us about body positivity and agreed to strip down to challenge the unrealistic beauty perceptions of women found in the media and online, saying: “Children are robbed of their childhood because they’re under pressure to look a certain way,” she explained.

“Even if you ask 100 teenagers if they think a picture has been edited, and they all say ‘yes’, they’ll still want to look like that – as that’s what they think ‘pretty’ is.’ And that’s what we’ve got to eradicate.”

This positive message has been warmly embraced by the press with the Evening Standard, Metro and Daily Star all running the story, as well as numerous other sources across the UK.

It all adds up to millions of eyes on the interview and fantastic coverage for Hurst Media Company – and more importantly to an important message.