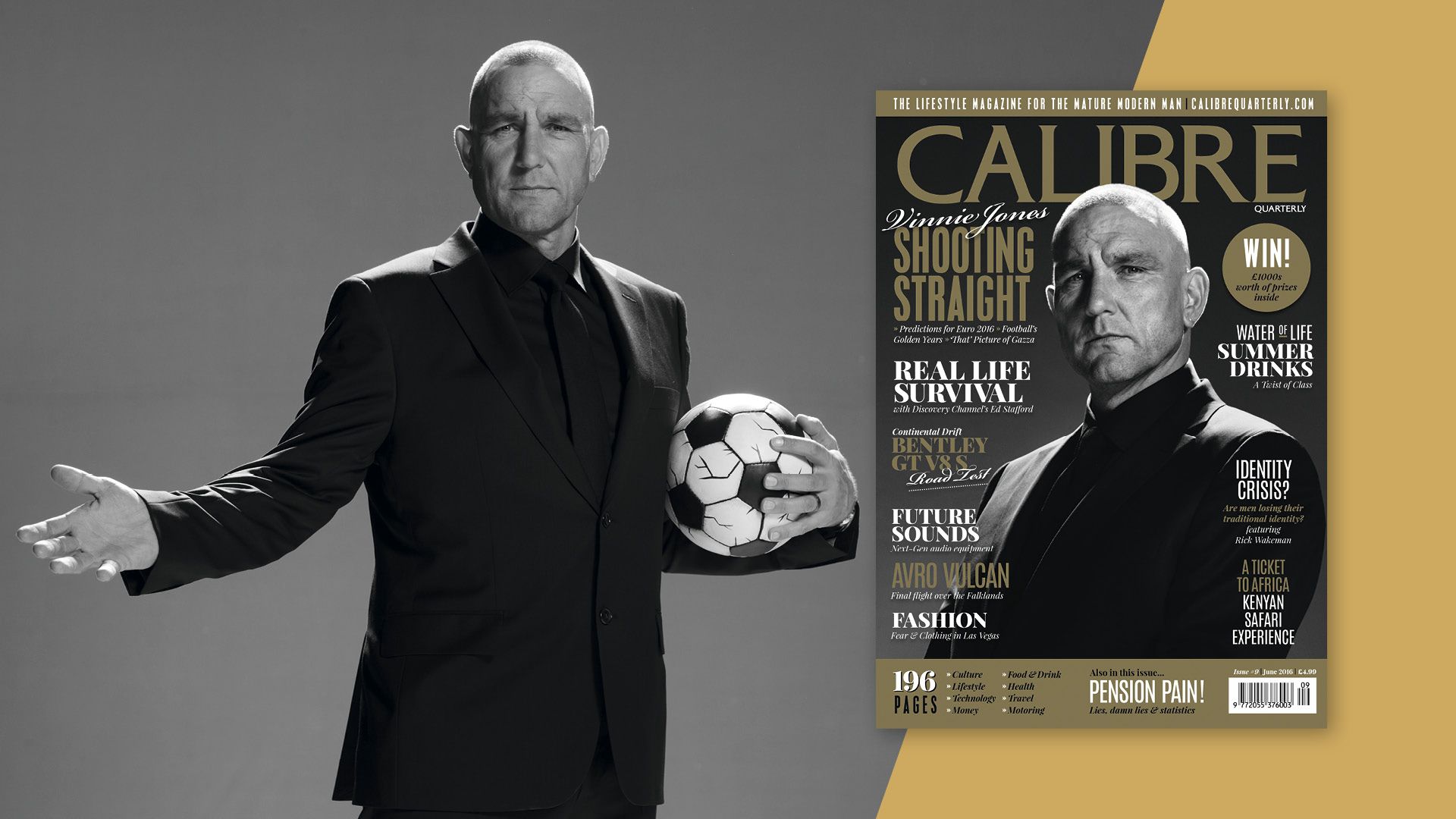 CALIBRE Quarterly’s latest issue, featuring an interview with football hardman, Vinnie Jones, pulls no punches and reinforces our position as the number one lifestyle magazine for the mature, modern man

In this issue, the ever-outspoken Jones talks about his thoughts and predictions for the Euro 2016 football tournament, the lack of opportunities for homegrown players to come up through the leagues, and ‘that’ incident with Gazza.

Also in the interview, he shows his softer side as he discusses his battles with alcoholism and forging a new image as a comedic actor – he has even started singing! It was certainly emotional.

We have also launched our revamped feature, The CALIBRE Debate, where we reach out to our Facebook followers to ask them their views on whether ‘men have lost their traditional identity in modern society’. There were some fiery comments exchanged as our readers got their teeth stuck into this divisive issue.

The development and growth of our social media channels gives us more opportunity to interact with our audience and find out the issues and topics that matter most to them.

Also featured in this issue we embark on safari to Kenya, where our writer got to fulfil a childhood dream to see big game in its natural habitat. By the time you have finished reading you will be wanting to book your own ticket to Africa!

Elsewhere in the magazine we talk about the indelible impact film noir has made on cinema, survival expert, Ed Stafford, talks about his trek across the Amazon and surviving on a desert island, and the incorrigible Rick Wakeman tells us why we need not put the old-fashioned ‘bloke’ out to pasture just yet!