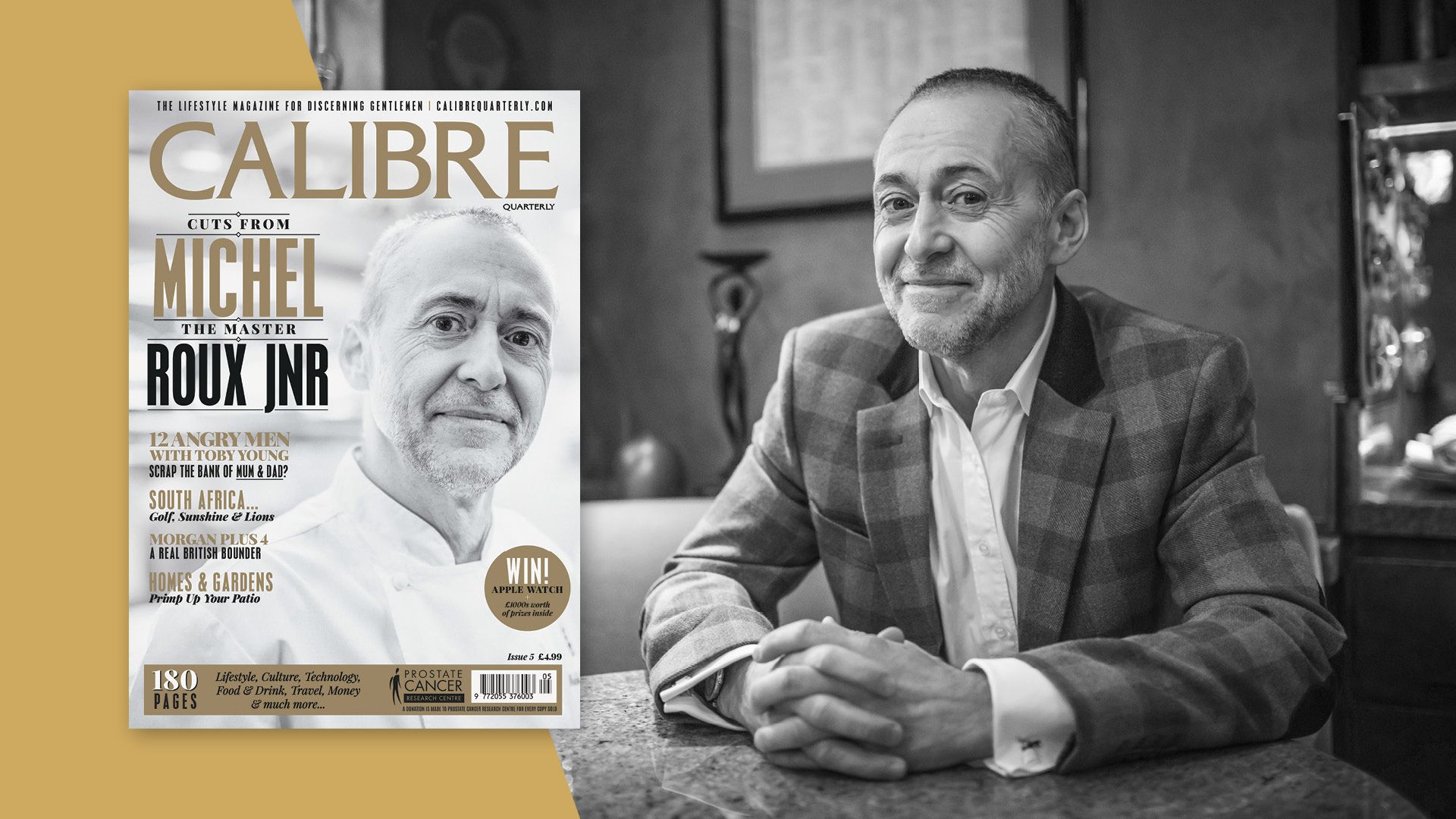 Coverage from The Times and The Sunday Telegraph shows the ever-expanding reach of our flagship title and continues to show that CALIBRE Quarterly is making a splash in the men’s magazine market by delivering the high-quality content our audience desires.

Michel, who has a lifetime of experience in the restaurant trade, touched on subjects such as army conscription, female chefs and whether Paris or London has the best restaurants – in a full and frank interview – that shines a light on one of the most successful chefs of his generation.

Elsewhere in the issue we take a look at the history of one of the nation’s most beloved planes, the Spitfire, and ask our motoring writer, Mark Williams, to test drive another British institution, the Morgan Plus 4. With additional features looking at protecting your investments, all the latest and interesting gadgets in our Taste of Tech feature, and a once-in-a-lifetime trip to South Africa, this issue of CALIBRE offers you much, much more.

So, once again, we have delivered a magazine that can inspire, entertain and inform our readers throughout the ever-changeable British summer. As the magazine continues to grow heading into the autumn, we hope you continue to follow the developments of CALIBRE Quarterly as it goes from strength to strength.