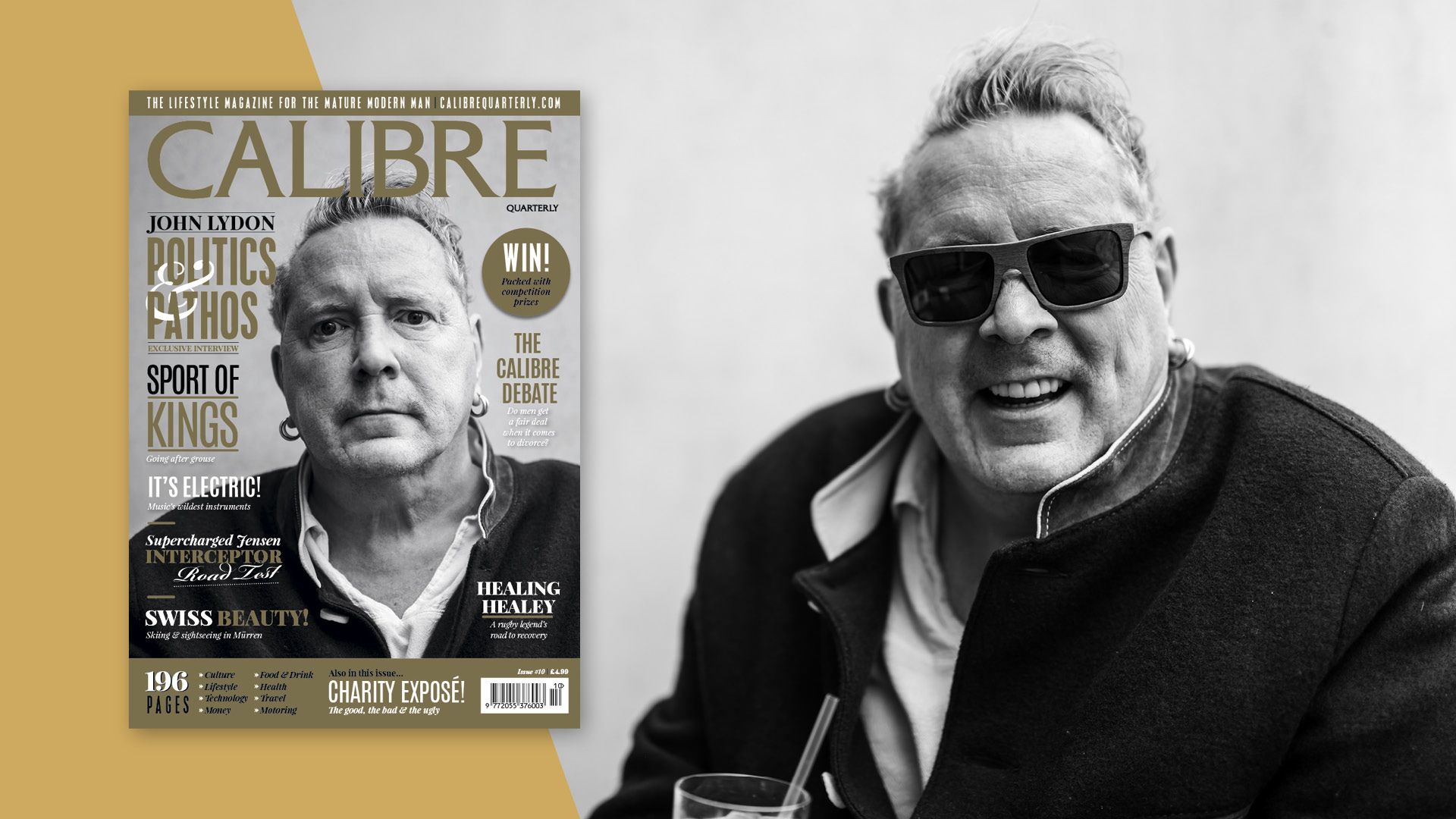 CALIBRE Quarterly’s latest issue features none other than the king of punk himself, John Lydon.

In an open and frank interview, Mr Lydon cuts loose on everything from the state of global politics to his dear old mum and dad, his time with the Sex Pistols, and even ‘f*cking butter’ (as he so eloquently puts it himself).

This unique, revealing, interview and photoshoot captures Mr Lydon at his most up-close and personal and serves to bolster CALIBRE’s position as the number one lifestyle magazine for the mature, modern man.

Also in this 10th issue, the regular social media discussion feature, The CALIBRE Debate, focused on the question: ‘Do men get a fair deal when it comes to divorce?’ As expected, this stimulated much debate among CALIBRE’s readers and followers and resulted in some impassioned reader interaction.

The development and growth of our social media channels gives CALIBRE more opportunity to interact with not only their reader audience but with their advertisers and other commercial partners.

So, another successful issue and one that the CALIBRE team believes is their best yet.